Well...we did it!  Congrats class of 2014!  We are officially done with High School! It's time to begin new adventures, meet new people, and create even more memories! 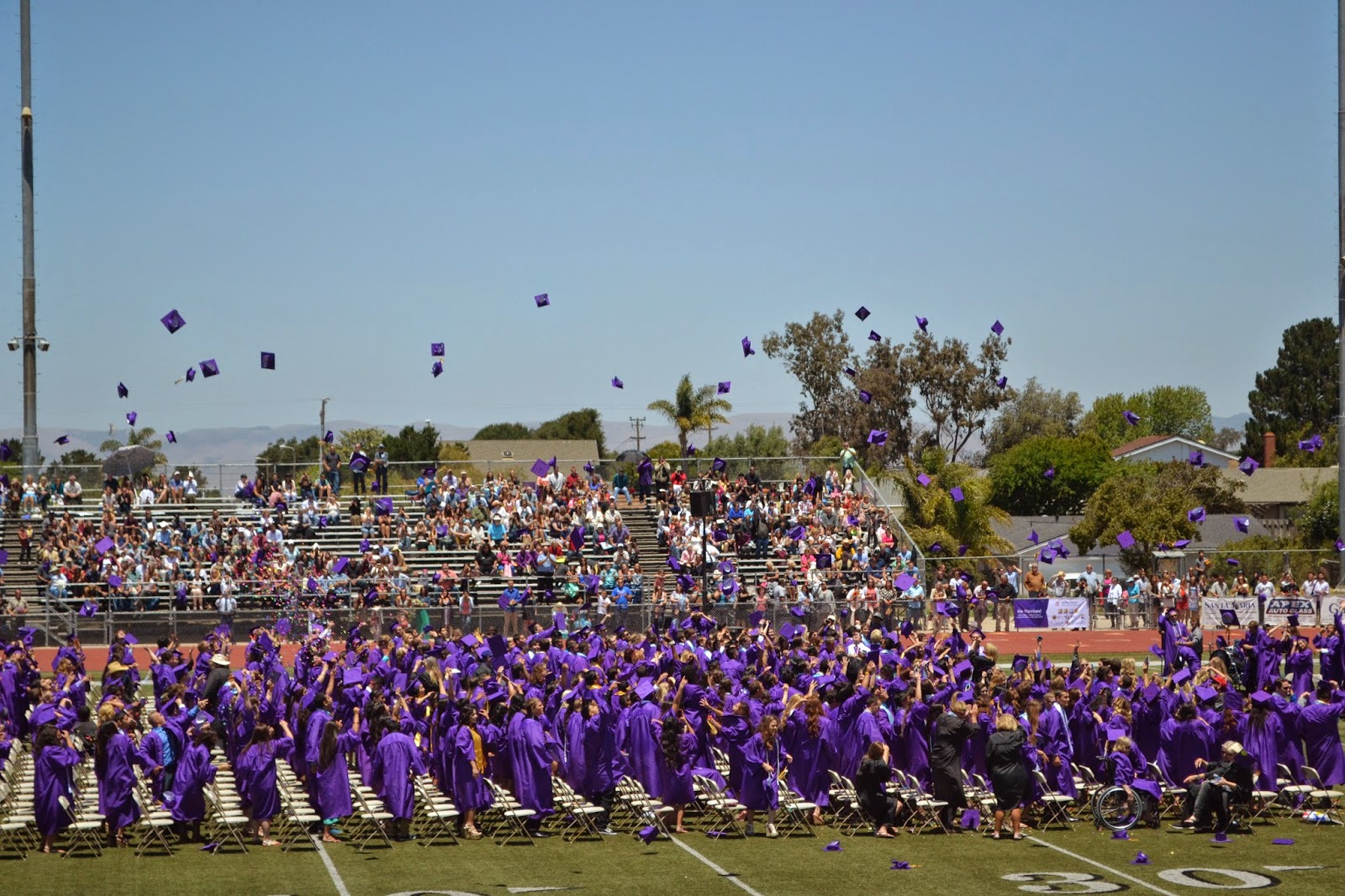 Posted by Unknown at 9:48 PM No comments:

Words of wisdom for the graduates... 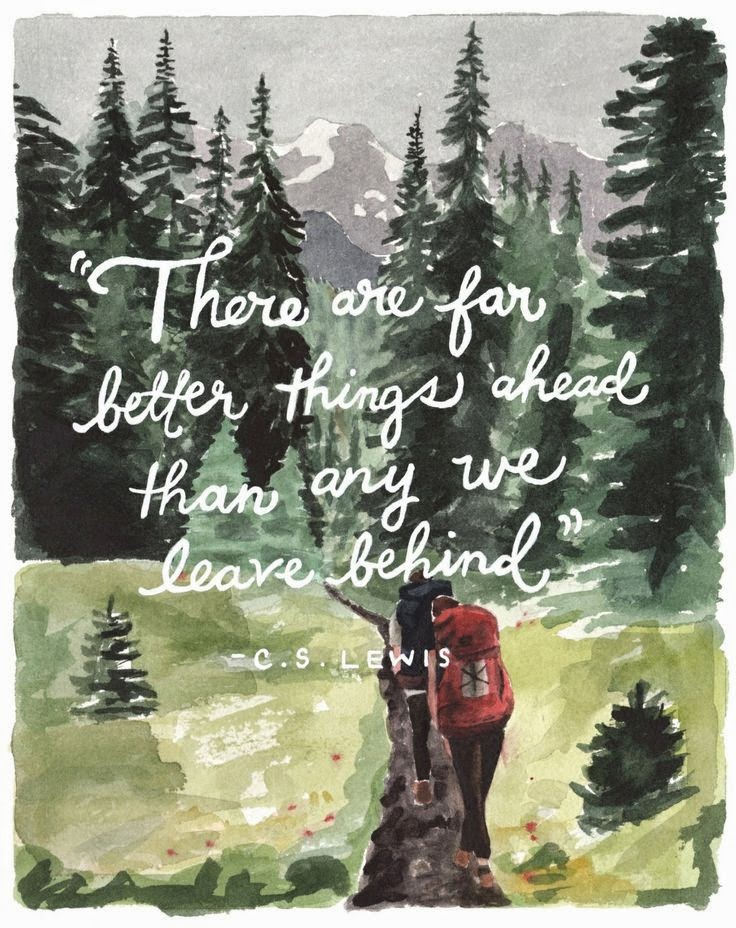 Posted by Unknown at 3:28 PM No comments:

The prompt is kind of lengthy, but if you're curious you can see it here!

Wow, where do I begin?  I guess I'll start with some background because it's a pretty long story going from this: 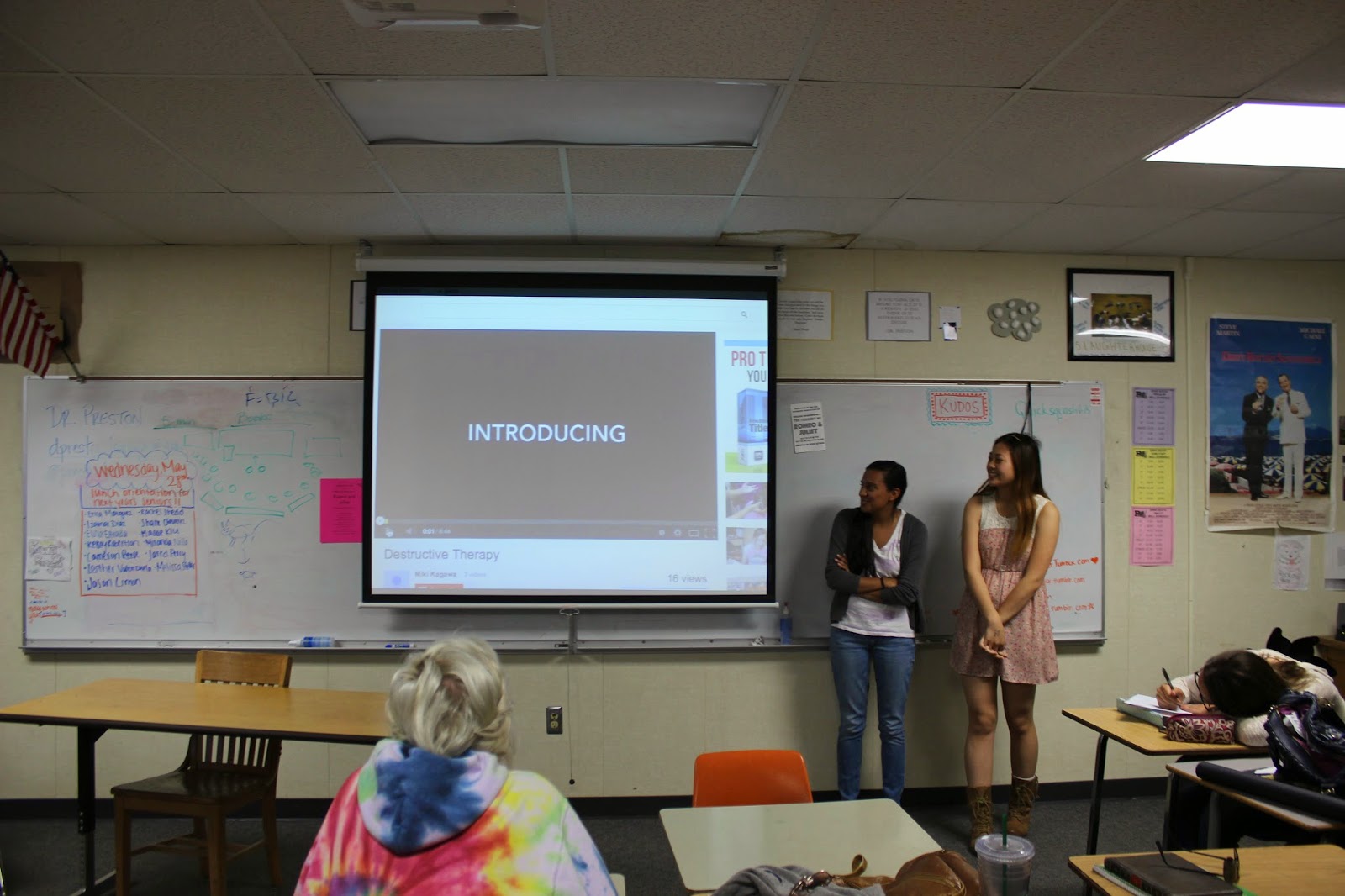 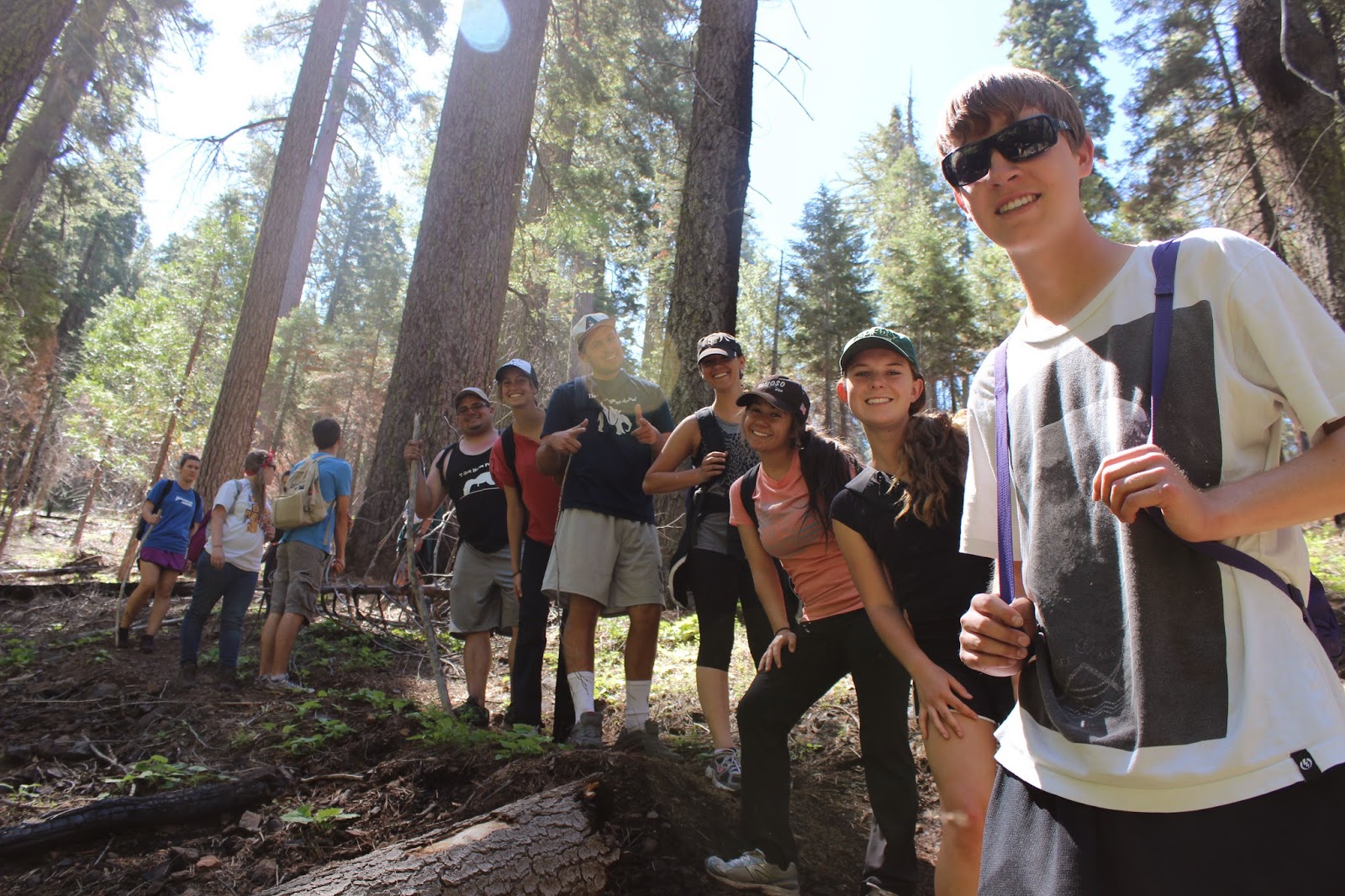 Every student in Dr. Preston's AP English Literature class was responsible for creating a senior project or "Masterpiece" as we like to call it!  This project is designed to embody your passions, connect you to the world outside of high school and get your classmates interested in what you love to do!  At the beginning of this semester, Dr. Preston simply announced that we would be beginning a senior project.  With no further instructions or guidelines, the rest was left to us.  As the semester continued, ideas began to blossom and we all helped each other out along the way!

Outside of these crazy projects, what makes this class different from any other class is that we participate in what is called Open Source Learning, which emphasizes collaboration with your peers and creating a network of people that can provide you with advice and additional learning opportunities in the future.  All of my classmates and I curate our work on online blogs like the one you are on right now.  We do this so that we can peer edit each others work and get feedback from people outside of the classroom!  You can visit our Course Blog to see where all of our assignments originate and get links to all of my classmate's blogs as well!

When this project was introduced, the perceived intent of it was for students to delve into what they want to study in college, connect with professionals and then present their experience to the rest of the class.  I probably perceived the the project this way because school has trained me to think inside the box.  After enrolling in Dr. Preston's class, it took a while to learn how to break back out.  I will be studying civil engineering next year and had no desire to bore my classmates with a power point on sustainable engineering so I came up with a better idea. 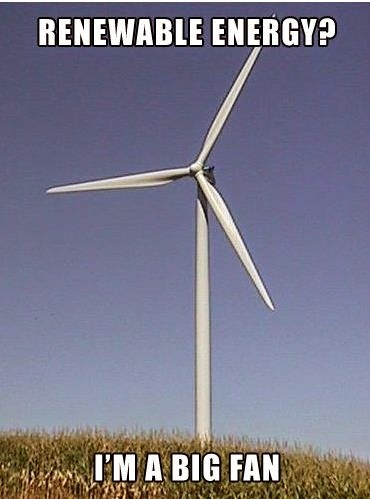 My initial inspiration for wanting to become a civil engineer originated in Yosemite National Park.  I have been visiting the park since I was a little girl and exploring it's wilderness is where my true passion lies.  Around the age of seven was the first time that I entered the park via the highway 41 entrance.  As we drew closer to Yosemite Valley I was filled with excitement but was immediately silenced with wonder as we entered a tunnel that was so long that all I could see was a tiny speck of light in the distance.  After driving for what seemed like a lifetime, the mountainside opened up to the most amazing view that I had ever seen.  I was awestruck by the tunnel’s purpose and the unexpected view that awaited on the other side.  Ever since that moment, I have had an interest in civil structures.  I have a fascination with the sustainability aspect of civil engineering that peaked as I learned about the ways that the engineers of the Wawona Tunnel and Discovery View limited the amount of resources that they used during construction. 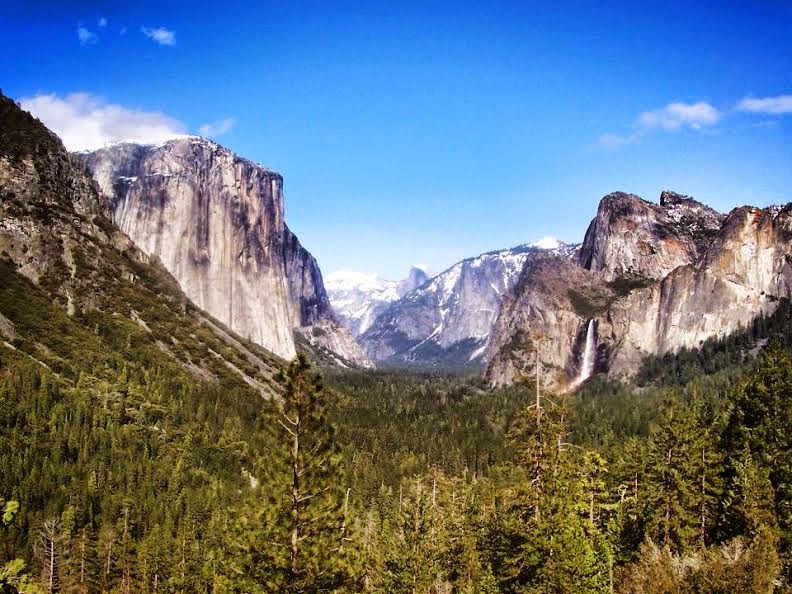 So rather then doing a project on engineering, I decided to take my classmates to the place where my passion originated and hopefully inspire them get excited about our National Parks and encourage them to live less wasteful and more sustainable lifestyles.

I technically officially began this project in the beginning of March, but there is a bit of a back story that goes along with its creation.  I found out about a program called NatureBridge in May of 2013 during a visit to Yosemite.  After putting some research into the program I immediately knew that it was something that I wanted to bring back to Righetti High School.  Immediately after returning from my trip, (during my junior year) I contacted Mrs. Branch (my AP Environmental Science teacher) to see if I could fit a trip into this years curriculum.  She loved the idea, but this being her first year of teaching an AP class, did not feel comfortable making the commitment.  After she had turned down the idea I became so busy with sports, school and college applications that I didn't think I would be able to find another teacher to make it happen.  It turns out by the way that I didn't really need a teacher at all because other than letting me use his classroom and providing moral support, Dr. Preston has been able to just sit back and enjoy the ride!  At the beginning of this semester when Dr. Preston announced that we would all be doing projects that embodied our passions, connected us to the real world, and engaged our classmates, I knew that my chance to make this trip happen had resurfaced.  I remember timidly walking up to him after class with this crazy idea not knowing what his reaction would be.  His excitement lit a fire in me and from that point, nothing was going to stop me from making this trip happen.

NatureBridge is an environmental science program that provides hands-on learning from top-notch educators out in the field.  They offer multi-day programs in Yosemite, Golden Gate, Olympic, Santa Monica Mountains, Channel Islands, and Prince William Forest.  The organization has been around for over forty years and offers all kinds of different programs to fit the curriculum of each group that attends.  When I initially contacted the program, I wasn't even a legal adult yet and didn't really know what their reaction would be to student organizing a trip.  The theme that I took away from this entire experience is expect nothing and be grateful.  I sent the reservations coordinator an email requesting more information about availability before going to soccer practice and returned to find that she had already replied to my email and tried to contact me over phone!  From that moment on, I knew that whether this trip worked out or not, simply trying to make it happen was going to be an amazing experience.

Within two-ish weeks of contacting the program, I convinced twenty-six of my classmates to sign up and reserved our date, May 24th-26th!  From the time that I sent in our initial deposit until right now, everything has blurred by in a whirlwind!  All I can say is that never in my life have I actually enjoyed doing paperwork, 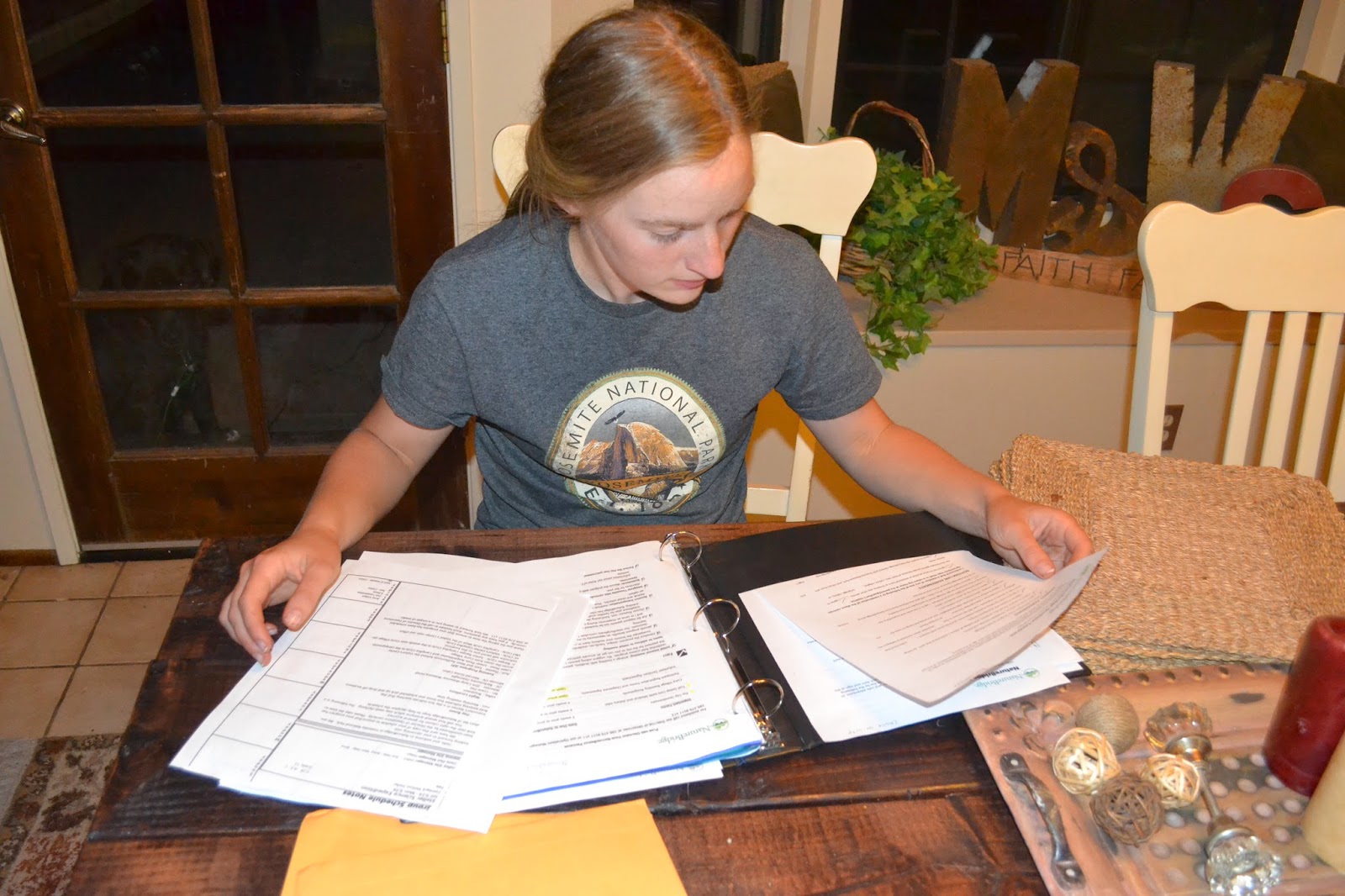 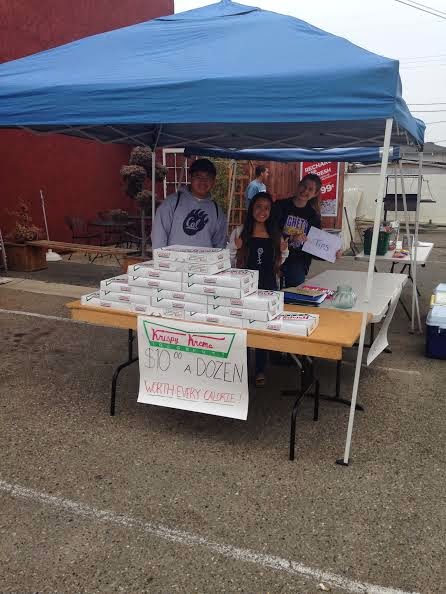 and public speaking until it was all to benefit this project. 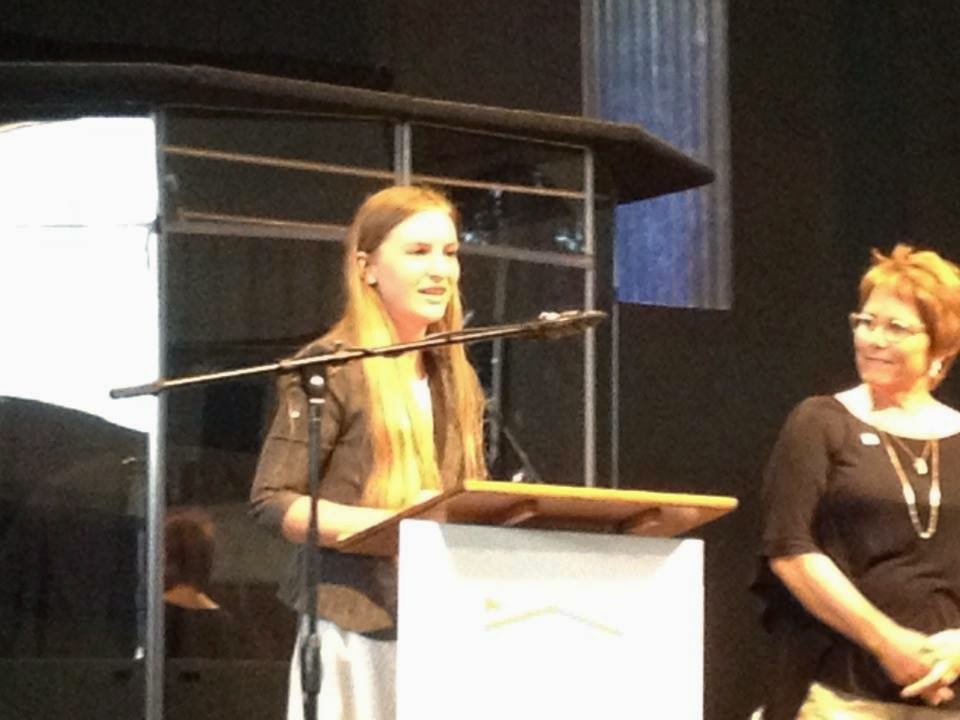 I was overwhelmed by the reaction that I got from my community, my classmates and from the people at NatureBridge; their support has been incredibly humbling.  I was trying to explain to Dr. Preston while we were in Yosemite that successfully getting there was just icing on the cake because planning the trip was already an amazing experience in itself and I could have never imagined it being as fulfilling as it was.

Through planning the trip I met some of the most amazing people and made some incredible connections within Yosemite.  Even now that my trip is over, these people are still trying to help me keep in touch with the program and have provided me with summer opportunities inside the park!  Once again, expect nothing and be grateful!

Here is one of my answers to an interview question that took place a week before we left for our trip!

"What do you hope to get out of the trip?"
I'm personally more excited about what I hope my classmates will get out of this trip.  Yosemite has played a huge factor in shaping who I am, and although I don't expect my classmates to be affected by Yosemite the same way that I have been, I'm hoping that they'll leave Yosemite feeling excited about our National Parks and ready to take a more active role in protecting our environment and living a more sustainable lifestyle.
To be honest, the trip hasn't even happened yet and I have already gotten more out of it than I could have ever imagined.  I have talked to and met some amazing people, and have been humbled by the support that I have received from my classmates and from my community.

When my classmates and I finally made it to the Crane Flat campus in Yosemite National Park, the outcome was more than I could have asked for.  Our educators were amazing, the food was fantastic and everybody had an amazing time!

Rather than outlining our experience there, I created this video.  Enjoy!!!

The wilderness belongs to us.  Embrace it.  "Climb the mountains and get their good tidings. Nature's peace will flow into you as sunshine flows into trees. The winds will blow their own freshness into you, and the storms their energy, while cares will drop off like autumn leaves.  Thousands of tired, nerve-shaken, over-civilized people are beginning to find out going to the mountains is going home; that wilderness is a necessity..."

..."The mountains are calling, and I must go." -John Muir

Even though the trip is over, I don't plan on the journey ending anytime soon.  If you find the NatureBridge program interesting and would like know more about how you can be a part of one of their amazing adventures, just leave a comment down below and I would love to provide you with more info and answer any questions you may have!

Email ThisBlogThis!Share to TwitterShare to FacebookShare to Pinterest
Older Posts Home
Subscribe to: Posts (Atom)
Welcome to my AP English Literature and Composition blog! If you can't already tell by your first impression of this blog, I absolutely love being outdoors. Throughout this year I will be posting thoughts, assignments and notes as I continue this English course. Please feel free to leave comments; I value your input! Come back and visit anytime!

"But as for you, be strong and courageous, for your work will be rewarded."
-2 Chronicles 15:7